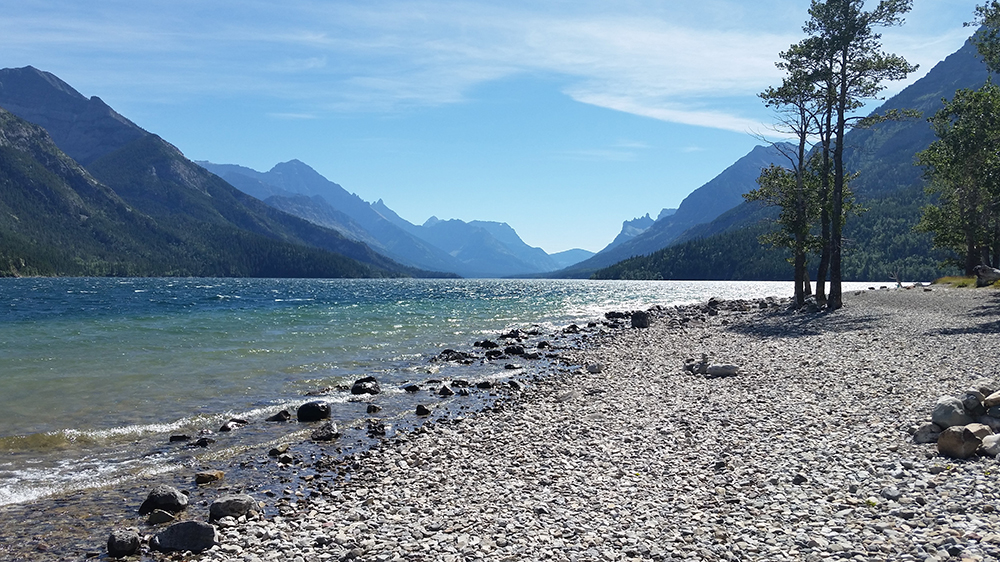 Some History Behind Waterton

Waterton actually became a national park before Glacier – in 1895. The two parks’ locations, straddling the international border and their complimenting of one another evolved into a cooperative effort by the Canadian and United States governments, creating the world’s first International Peace Park in 1932. Today, two countries, two Canadian provinces, one state, and the Blackfeet Native Americans all share common boundaries and stewardship of this incredible property.

It’s also home to all of North America’s native carnivores, including grizzlies, black bears, and cougars. In 1986, wolves denned on the north fork of the Flathead River in the park, hunting elk and deer. There are more than 250 species of birds, including bald and golden eagles and even hummingbirds, while more than 25 types of native fish can be found swimming in the lakes and rivers. 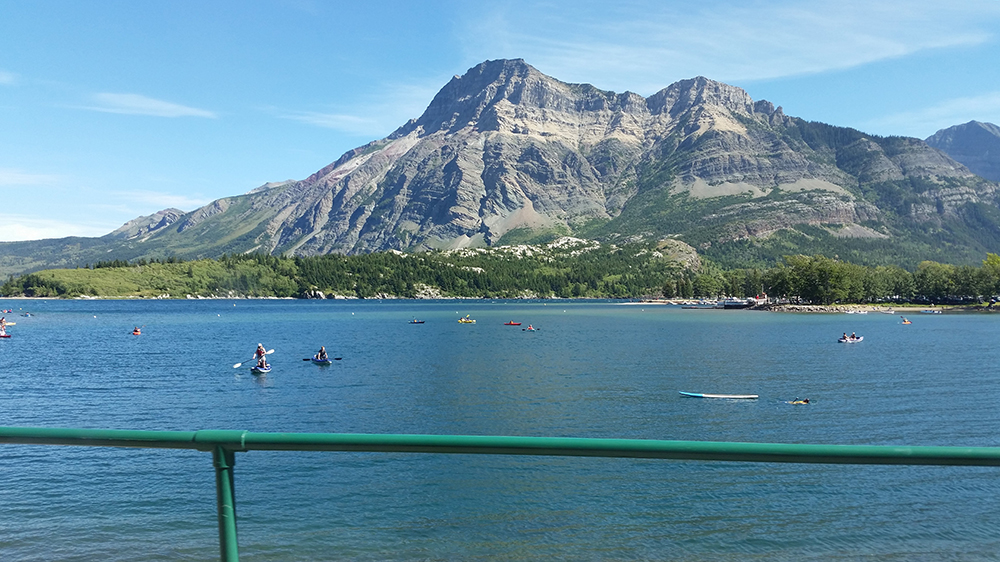 There’s only one road into the park, and it’s from the north end, leading into Waterton Village. This small town is a very different scene from the visitor center settlements we find in US National Parks – much more commercial with lots of shops, restaurants, pubs, ice cream parlors, and more. We arrived on a summer weekend, and the town was bustling with all kinds of activities and lots of people – mostly from Canada.

At the south end of town, the Townsite Campground offers 90 water, sewer, and electrical sites, plus 45 electric sites, as well as accessible, un-serviced, and walk-in tent sites. The campground also has hot showers, flush toilets, food storage, and kitchen shelters. Reservations are necessary and can be made by visiting the Parks Canada Reservation Service website or phoning the toll-free number (within North America) at 1-877-737-3783 (1-877-RESERVE) (8am to 6pm local park time.)

This campground is very busy, but within walking distance to town and offering spectacular views of Lake McDonald and the surrounding mountains. The other two campgrounds in the Park, Belly River and Crandell Mountain, are quite rustic and have no hookups. 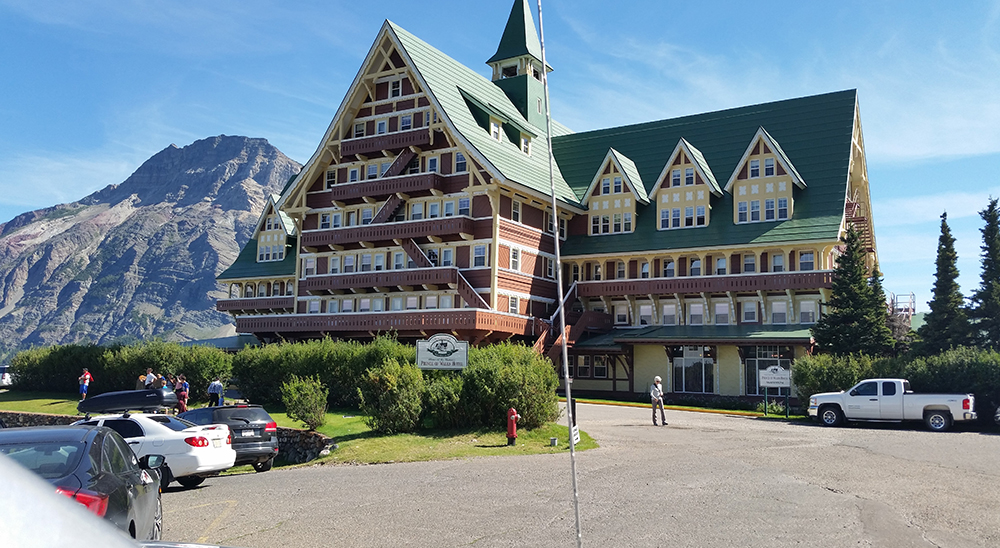 Things to Do in the Park

Definitely worth visiting, the iconic Prince of Wales Hotel is located on a bluff overlooking picturesque Waterton Lakes and the township. Built in 1927, this stately hotel offers 86 guest rooms and a traditional British atmosphere complete with Afternoon Tea, the Royal Stewart Dining Room, Windsor Lounge, and the Princess Gift Shop.

Another favorite is the Waterton Shoreline Cruise – a two and a half hour round-trip tour that crosses the international border from Canada into the US aboard the M.V. International, which has been in service since 1927. The cruise operates from early May through mid-October.

The park also has 191 miles of hiking trails through some of the most beautiful country in the world. They are open year-round, and cross country skiers take advantage of them during winter months. There’s a wide variety of fishing opportunities in the most beautiful lakes in the Rocky Mountains.

Waterton’s unique, breathtaking scenery and all there is to do make it an amazing destination. We will definitely be back!

2 Responses to “On the Road with Sue: Waterton Glacier International Peace Park”