The crown of the Olympic Peninsula has got to be Olympic National Park, consisting of a million acres – including 73 miles of pristine Pacific Ocean beaches, rain forests, alpine meadows, clear mountain lakes, abundant wildlife, and of course that magnificent mountain range. 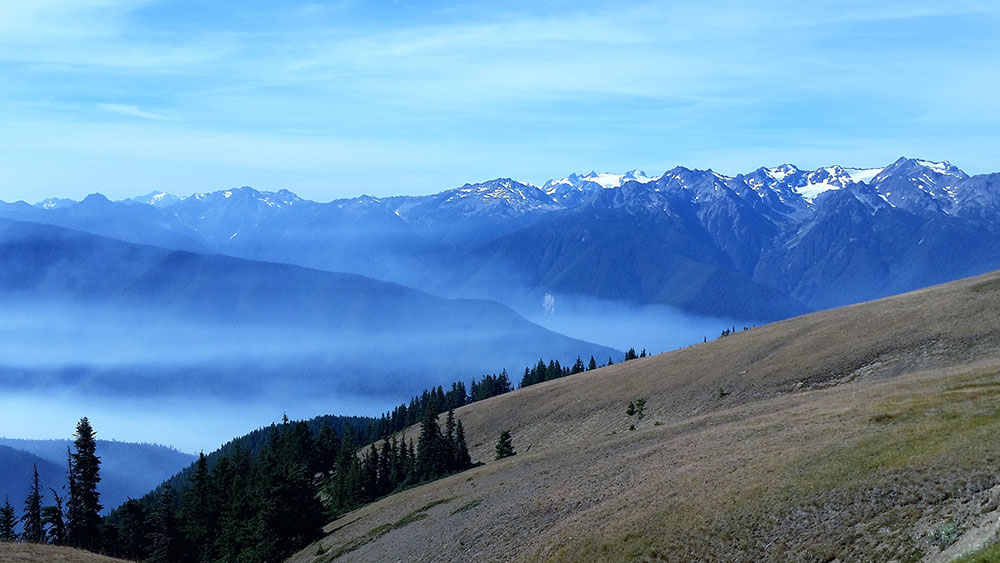 In 1909, President Teddy Roosevelt designated part of the areas as Mount Olympus National Monument, in order to protect the elk habitat. Nearly 30 years later, President Franklin Roosevelt visited the Olympic Peninsula and the following year, in 1938, he designated it as Olympic National Park. An additional area along the Pacific coast was added in 1953, and in 1981 the Park was declared a World Heritage Site.

Although there are 15 campgrounds located throughout the Park, most cannot accommodate RVs longer than 21 feet and most offer dry camping only. Two concessionaire resorts in the park – Log Cabin and Sol Duc Hot Springs – have RV parks. Log Cabin Resort offers full hookups for rigs up to 36 feet, while Sol Duc provides water and electric hookups only, but they do have a dump station. Both of these campgrounds are part of the respective resorts, with cabins, lodges, restaurants and other facilities available.

Roads enter the Park from various points off Route 101, the main road circling the Olympic Peninsula, leaving 95% of the park as wilderness areas. There are many different ways to traverse the park – with more than 600 miles of trails available for hiking and biking. You can even check out bear canisters at the visitor centers for food storage. Trails vary considerably – some climb the surrounding mountains and others explore lowland forests and creeks. And unlike other National Parks we’ve visited, there are several trails which permit dogs, as long as they are on a leash. 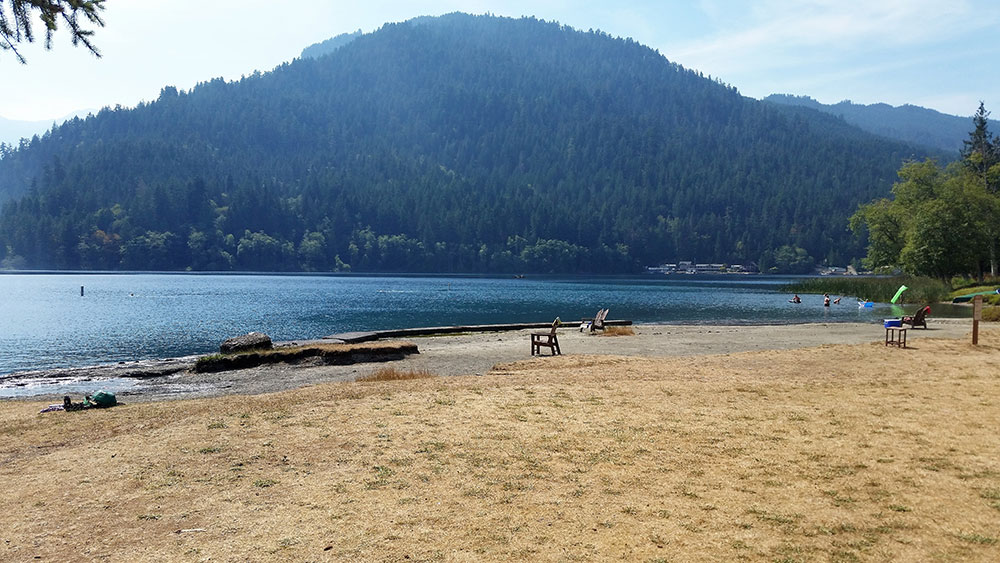 Not all of the travel in Olympic National Park needs to be by land. There are several lakes with boat launches and rentals available. We visited Lake Crescent, a beautiful deep glacially-carved lake located in the park. Although it was a hazy day due to fires taking place in eastern Washington, people were kayaking, motor boating, rowing, paddle boating, sailing, and catching some fish out on the water. There are plenty of picnic areas located all around the lake and along the north shore is the Spruce Railroad Trail, former railroad tracks converted to a hiking and biking trail. Marymere Falls is a short hike, and nearby Lake Quinault even offers three guided boat tours of the lake each day.

Driving to the western edge of the park takes you to the Pacific coast, where rocky beaches, giant drift logs, pounding waves, and views of offshore islands known as “seastacks” are features that define Rialto Beach. Just inland is the Mora area, characterized by towering trees, lush undergrowth, and the omnipresent roar of the Pacific Ocean in the background. The Quillayute River blocks access from Rialto Beach to the aptly named First, Second, and Third Beaches. First Beach is part of the Quileute Indian Reservation; Second and Third Beaches just to the south are located within Olympic National Park. 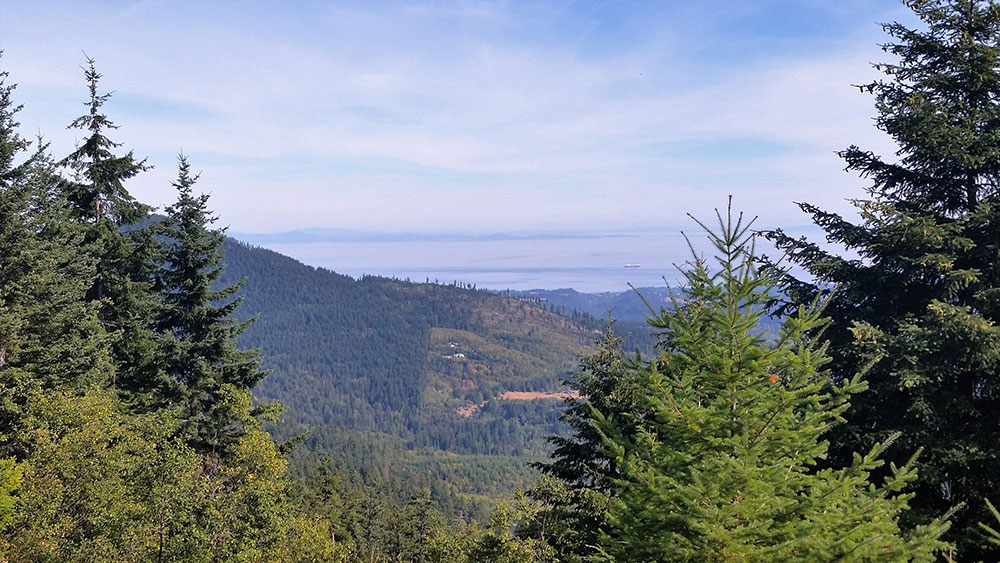 And if the million acres of the Park aren’t enough, it is almost completely surrounded by the Olympic National Forest – covering 633,000 more acres. Like the park, there are opportunities for hiking, boating, and picnicking, and all of the trails are dog friendly! There are seventeen campgrounds in the Forest, but all are restricted to smaller RVs (less than 21 feet) and offer dry camping only. One of them, Seal Rock Campground on the Hood Canal allows harvesting of oysters when they are in season.

We thoroughly enjoyed our few days spent at Olympic National Park. We found it to be not nearly as crowded as other National Parks we’ve visited, and like the rest of the Olympic Peninsula, much more laid back and relaxing.

Related blog: On the Road with Sue: The Surprising Olympic Peninsula

8 Responses to “On the Road with Sue: Washington’s Olympic National Park”