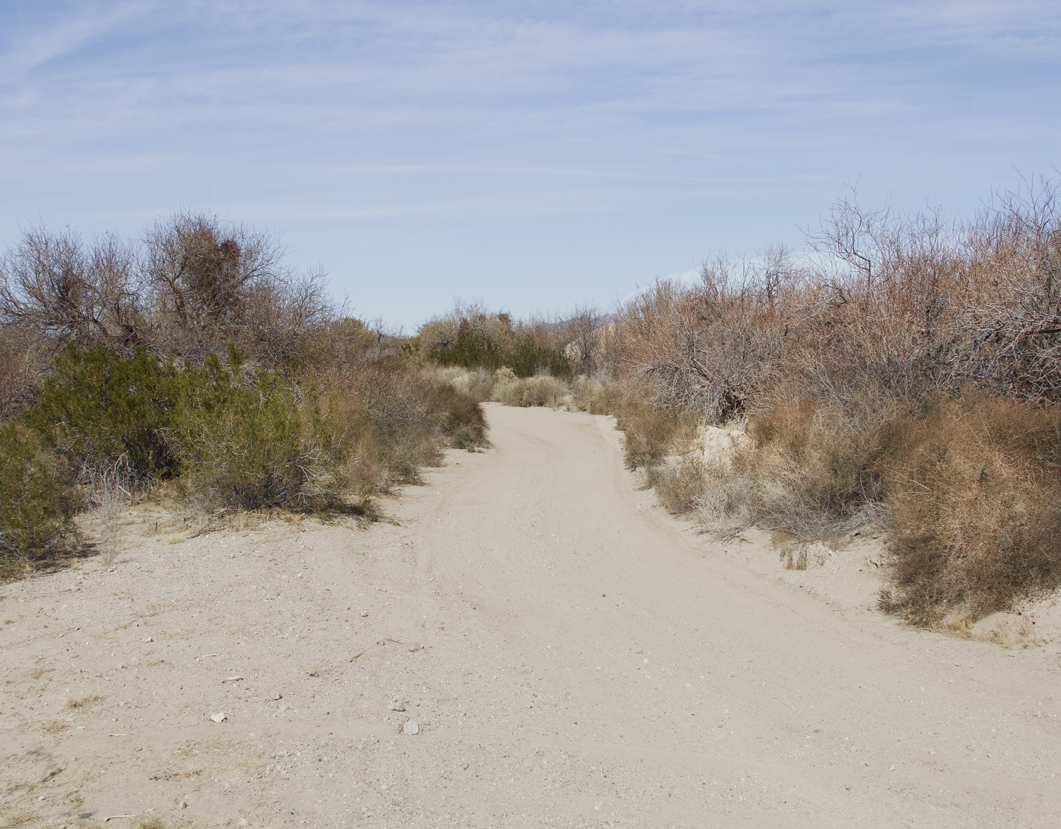 It’s doubtful that anyone is born with a gene that makes them an expert RVer on day one. When we bought our first RV – a 22-foot lightweight travel trailer – we didn’t even know where to fill the fresh-water tank!

That’s why on our first time out as full-timers I knew practically nothing. One of our first stops was at the state park in Cedar Canyon, Utah. It was a wonderful place to fall in love with RVing. But I was still churning from all those years of being on a work schedule, so when I told the camp host that we were leaving after five days, he looked down at me and said in a slow drawl, “Well, what’s ya hurree?” That’s been our motto ever since.

From Cedar Canyon, we “ooo’ed” and “aaah’ed” past the fabulous rock formations of Capital Reef National Park. Ah, yes, all was well as we towed our way toward Blanding, Utah, in the southeast corner of the state.

After many miles of highway without towns, I suddenly realized that I was both tired after eight hours of driving and duly concerned when the low-fuel indicator light flashed yellow for the first time since buying our truck. We needed a campground and a service station with diesel fuel, whichever came first.

Relief came with a faded brown campground sign pointing to the unpaved road to our left. I turned in, proceeding about 100 yards to a fork in the road. No indication of which way to go, so I chose the rustic road to the left, which had a few feet of asphalt before dwindling into dirt.

Down the narrow road I drove, giving up on finding the campground but hoping for a place to turn around. I’ll reiterate at this point that I was as rookie as they come and backing up was a talent far beyond my skill level.

I stopped at a dirt road even narrower than the one we were on. With the rig parked, I got out and walked into the wilderness, looking for an opening where I could make a U-turn. When I finally found what looked like a good spot, I walked back, climbed in and drove deeper into the brush. Somehow, the clearing had gotten smaller since my scouting trek.

As the sun set quickly in the West, we began to hear coyotes baying in the distance. There we were in a stark environment, surrounded by desert chaparral and boulders. We realized we had to get out of there fast or spend the night or maybe several nights in isolation.

With Monique’s guidance I managed to slowly maneuver the trailer into the mini-clearing I had found earlier; however, I couldn’t back in far enough to be able to turn back onto the narrow road. I was thwarted by a branch on the only pine tree for miles around sticking out far enough to restrict us from backing up far enough to get out of this jam. 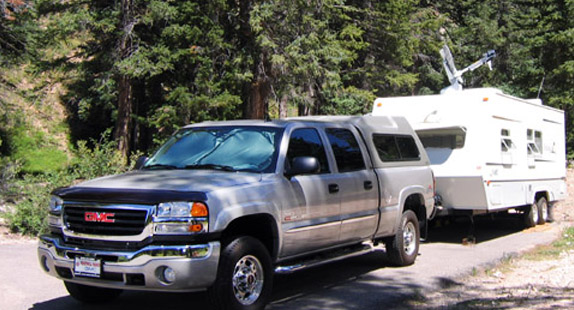 That’s when the adrenalin rush took over. I jump out of the cab of our GMC, ran to the back of the trailer, jumped up to reach the branch and cracked it. (I was buff in those days from years of going to the gym every day.)

After I nuzzled the trailer back to the bough of the tree, I put it in 4-wheel-drive-low, another new experience for me. The truck crept forward. Inch by inch, directly toward a 2-foot-high boulder. The front left tire miraculously climbed the rock and settled down gently on the other side. I had just enough leeway for the tires of the trailer to scrape the boulder without having to take the high road. By some marvel of RVism, we were back on the thin dirt road heading toward civilization but still low on fuel.

Hallelujah, we made it back to the state highway and soon reached the diesel pump at a Shell station a mere two miles down the road. As I filled up the tank, Monique asked the clerk where the nearest RV park was: “Go around to the back of the station,” he said, and that turned out to be our first night in a private campground with hookups.

The next day we learned that our off-road detour had been on “The Old Mormon Road,” which was now used by timber-hauling trucks. The campground had been closed for a decade or more, but the sign was still up to lure novice RVers into adventures. The lesson we learned over the years after that was, “Don’t go on dirt roads unless you know where they lead.”

3 Responses to “The Never-Bored RVers’ Journal: The Old Mormon Road”