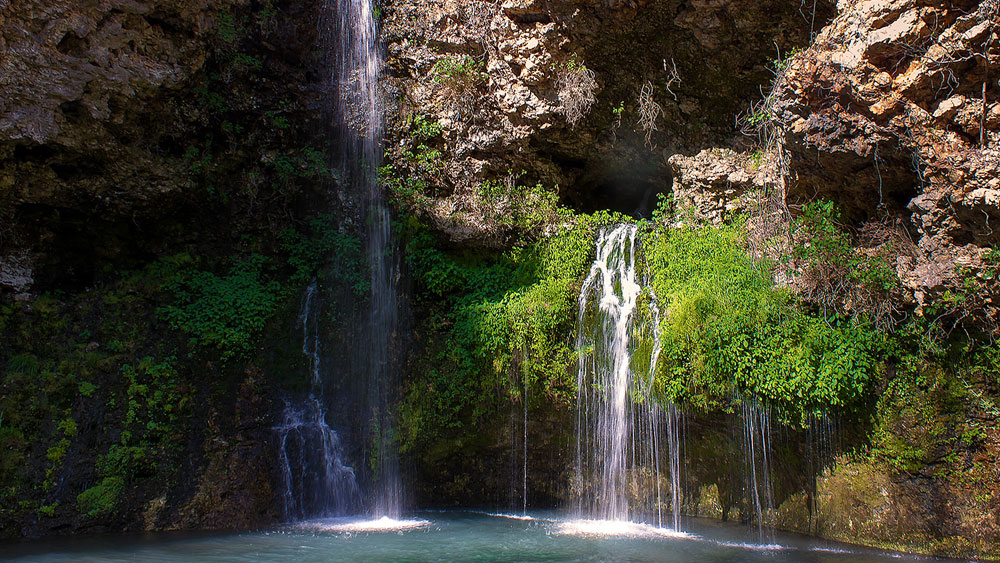 Natural Falls State Park, one of the many beautiful Oklahoma state parks. Photo by Doug Wertman.

When we were planning our trip, I believed Oklahoma was going to be one of those “drive through” states, although we were planning a stop in Tulsa to visit our nephew and his family. Boy, was I surprised!

Expecting the flat open prairie terrain of some of its neighboring states, Oklahoma’s topography is truly interesting and beautiful. The 34 diverse Oklahoma State Parks offer recreational and camping opportunities as well as rappelling at Red Rock Canyon, climbing at Robbers Cave, or driving dune buggies at Little Sahara. At Alabaster Caverns State Park, you can cave either on your own or with a tour guide and there’s even scuba diving at Lake Tenkiller’s dive park. 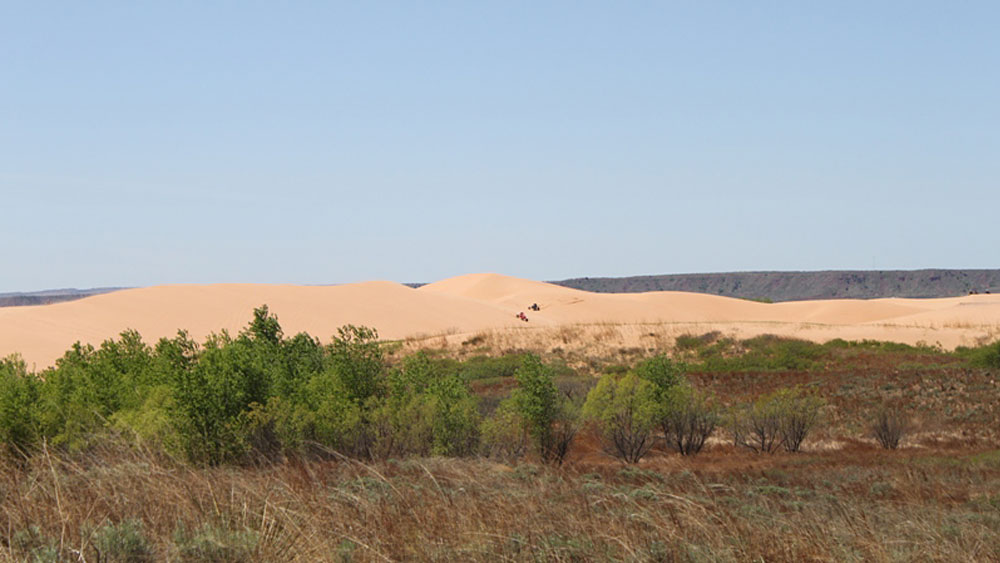 With no real plans, we stopped in Oklahoma City for the night, and decided to visit the Oklahoma City National Memorial, which honors the victims, survivors, rescuers, and those affected by the 1995 bombing of the Oklahoma City Federal Center. The memorial is located downtown, which proved to be an easy drive and very easy to navigate, although I would not recommend traveling by RV.

On April 19, 1995, drifter Timothy McVeigh parked a rental truck filled with explosives just outside Oklahoma City’s Murrah Federal Building, resulting in an explosion which killed 168 people and destroyed nearly all of the building. Today’s memorial has risen from what was left of that building.

By far the saddest attraction in Oklahoma (or just about anywhere for that matter), the Memorial was created in 1997 as part of the National Park Service. It opened three years later, in 2000. Admission is free to the outdoor exhibits, including the Gates of Time, which frames the moment of destruction, and the famous Reflecting Pool, which is a thin layer of water flowing over black granite and where visitors can see a mirror image of themselves in the water. 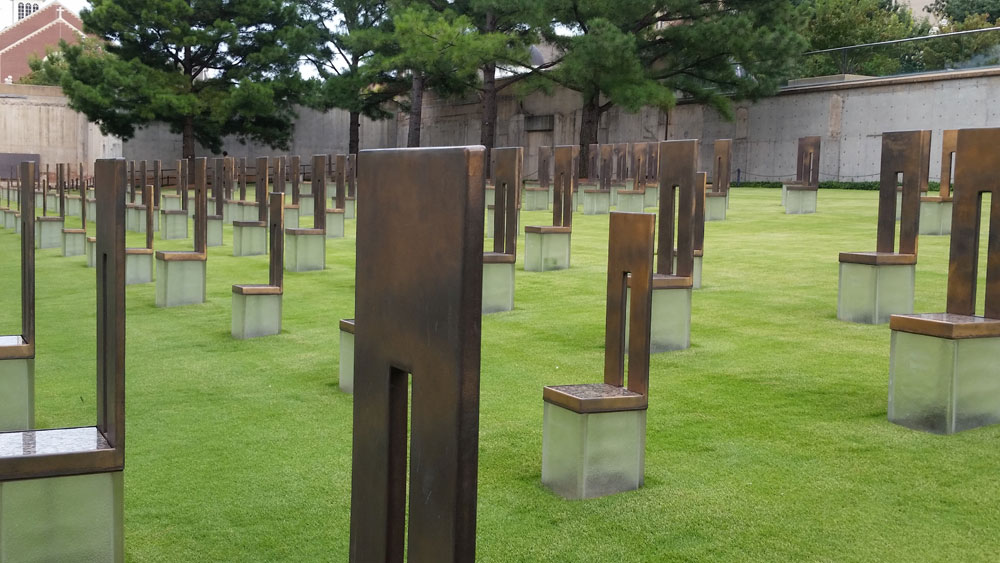 The Field of Empty Chairs represents the 168 people who lost their lives in this tragedy. The chairs are arranged in nine rows to symbolize the nine floors of the Murrah Federal Building, and each person’s chair is on the row (or floor) where the person worked when the bomb went off. Sadly, there are 19 smaller chairs representing the children killed in the bombing.

The Survivors’ Wall is what was left of the Murrah Building, and includes the names of more than 600 people who survived the blast, although many of them were injured. And the Survivor Tree is a 100 year old American elm tree, originally in the building’s parking lot. It was heavily damaged in the explosion, with debris from parked cards embedded in its trunk, but a year later, visitors noticed it was starting to bloom again. It is now protected.

Although the outdoor memorial is open 24 hours and admission is free, the museum is only open from 9am to 6pm Monday through Saturday, and 12 noon to 6pm on Sundays. Admission is $15/person ($12 for seniors and children), and this self-guided tour is well worth it. After walking through scenes of how that day in April 1995 began just like any other day, guests enter a reenactment of the conference room where a hearing of the Oklahoma Water Resources Board is taking place. It begins at 9 am two minutes later; there is a large explosion, doors open, and the tour begins.

There is confusion and chaos outside, but shortly thereafter rescue work begins. Visitors experience the difficult efforts of law enforcement and rescue workers as they work diligently, hoping to find life in the rubble. Finally, you experience the sad end of the rescue efforts, and learn more about the loss of 168 lives in a very personal and intimate setting. Next, you follow the trail of evidence used to build the case against the conspirators, including McVeigh’s getaway car, pieces of the rental truck, information from the trials, and accounts from law enforcement members who worked to bring convictions for the killers.

As the exhibit continues, you begin to understand that this horrible event was not just about bombing a building – it affected all of us, none more so than the people of Oklahoma City. Thousands of local citizens brought food, bedding, and clean clothes for the rescue teams, actually providing much more than was needed. When a local television station announced that there was a need for blood donations for the injured, hospitals and clinics were flooded with lines of people wanting to help. The love, hope, and care for the victims exhibited by the people of Oklahoma City was just overwhelming, and it’s this sentiment which remains with you days and even months after visiting the Oklahoma City National Memorial.

There is an inscription around the Survivor Tree which reads:
The spirit of this city and this nation will not be defeated; our deeply rooted faith sustains us.

And to me, that is what Oklahoma is all about.

6 Responses to “On the Road with Sue: A Visit to Oklahoma City”