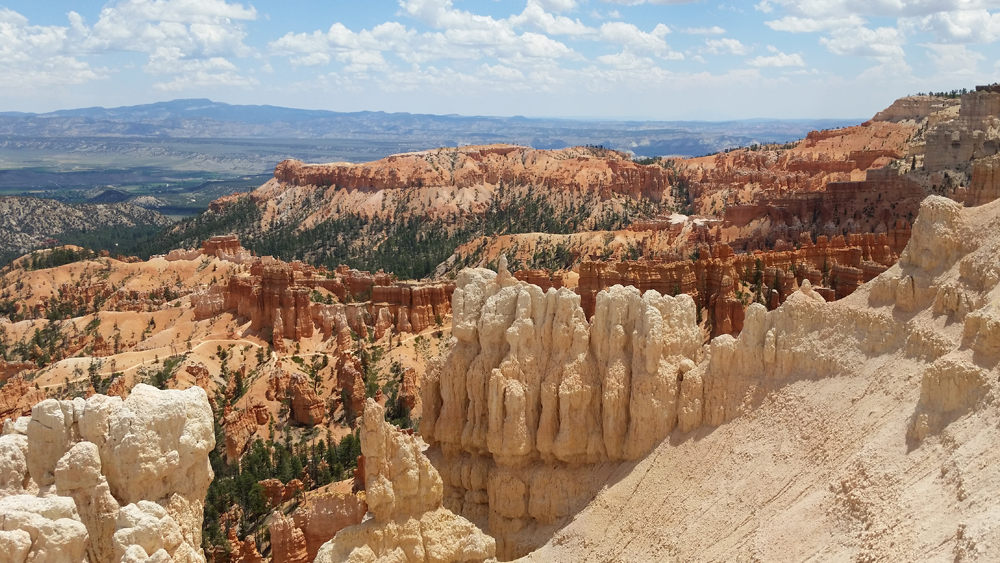 The park is named after Ebenezer Bryce, a pioneer who was originally assigned to establish some Mormon communities in this part of Utah. He eventually settled in the area and raised eleven children, claiming grazing rights, running cattle, and building a cabin. His opinion of Bryce Canyon was that it was “a hell of a place to lose a cow.” 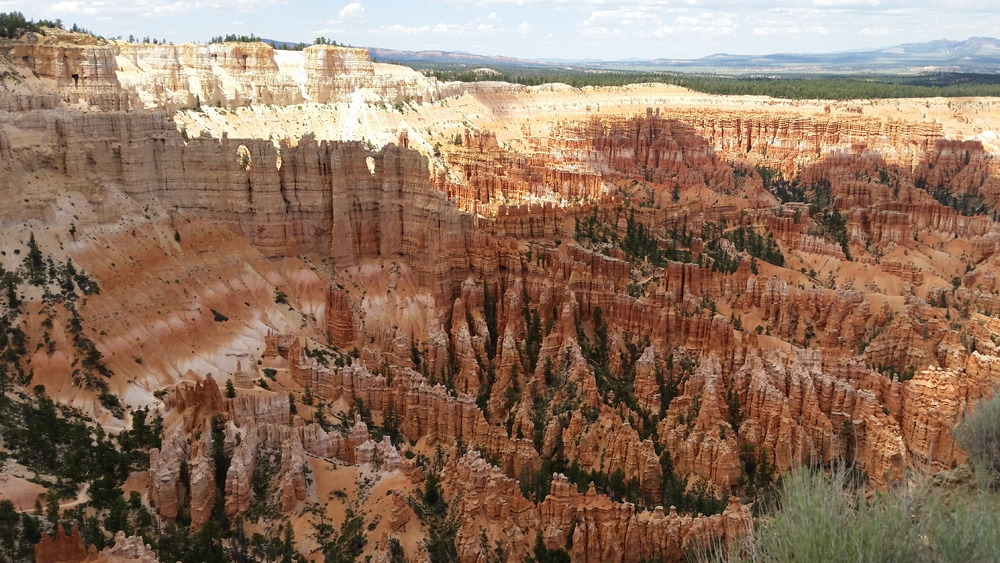 Driving into Bryce is pretty much like driving into most National Parks. At 8,000 feet in elevation, the main road is surrounded by lush green forests of Ponderosa pine, aspen, and spruce trees. But just wait – when you get out of the car and walk to that first overlook, it’s breathtaking. The forest gives way to literally thousands of pastel colored pinnacles – pinks, oranges, golds, and yellows, literally covering the canyon. It may lack the size and grandeur of other parks like the Grand Canyon, but the intricately woven lacy patterns of the spheres are mesmerizing – I could keep looking for days. We spent a long half day exploring the overlooks at the rim of the canyon, traveling in our tow vehicle. Roads and turnouts are good, with plenty of room for a small motorhome or trailer. There are also a number of hiking trails of varying lengths and difficulty, where you can walk through the brilliantly colored corridors of rock formations right to the bottom of the canyon, but due to the heat that day and the fact that our dog was with us, we opted to drive. (Pets may walk on the paved areas on a leash, but are not allowed on the hiking trails due to the delicacy of the formations.) 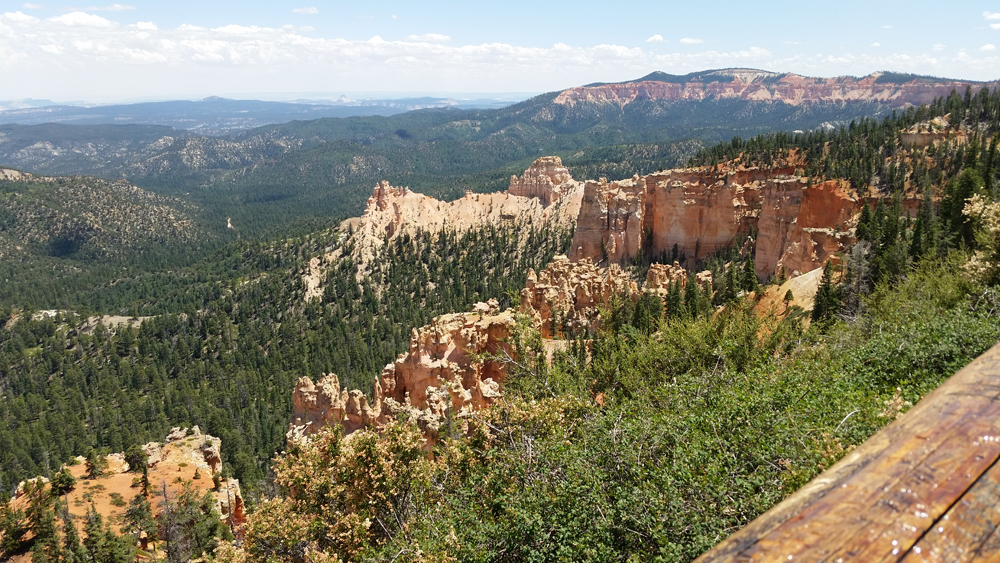 We had originally planned to stay in the Kanab area and visit both Bryce and Zion National Park from there. Once we arrived, we realized that although this was definitely doable, Bryce was a little further away than we had originally thought. We packed up a day early and headed north to Bryce – loving the flexibility we have with the RV. There are plenty of private campgrounds near the entrance, and camping is possible in the park with reservations. 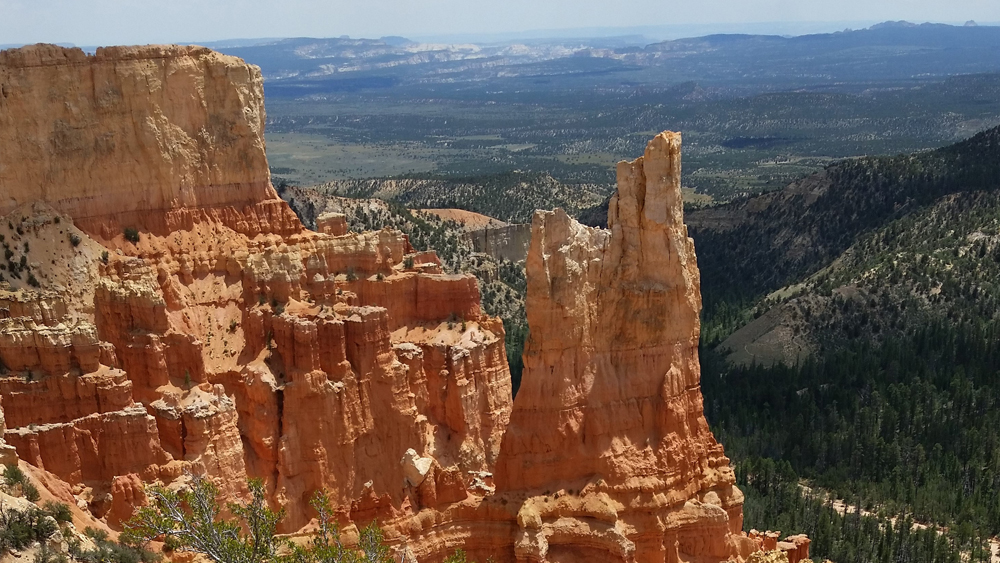 Why is Bryce my favorite, you may ask? I was totally mesmerized by the intricacy of the rock formations, the colors and patterns they created and could gaze at them for hours. Nature is truly amazing.

Learn more about Bryce Canyon National Park and get further information for planning your own RV adventure by checking out the website: www.brycecanyon.com.

12 Responses to “On the Road with Sue: Bryce Canyon National Park”