The small town of Durango, located in the southwestern corner of Colorado, has much to offer RVers, outdoor adventurists, and tourists in general. Surrounded by the breathtaking San Juan Mountains, it’s easily accessible on good roads from the southwest, coming through the Four Corners area, from the south via Farmington, New Mexico, from areas of western Colorado, or from the north, crossing over Wolf Creek pass. 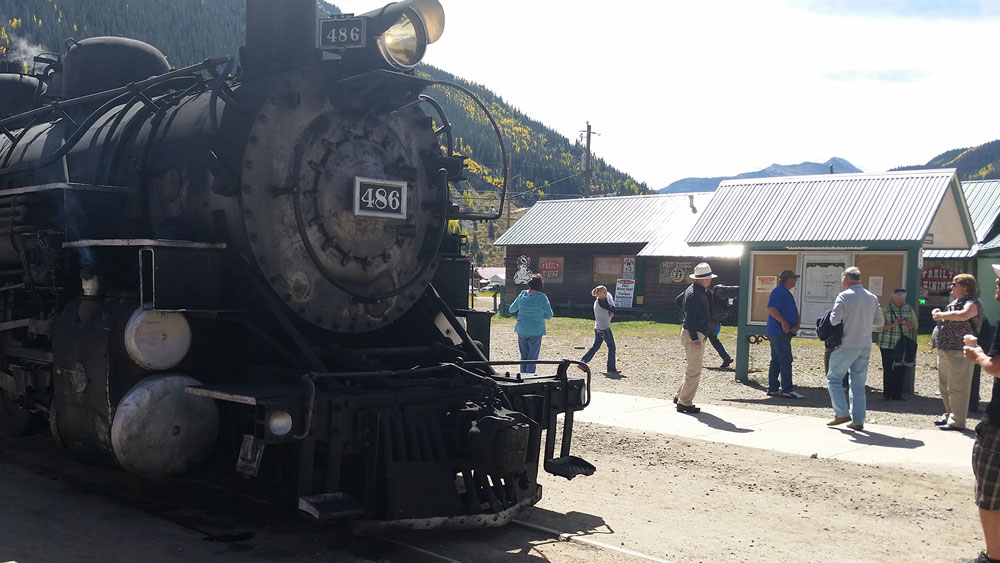 The area offers river rafting, hiking, lots of cute shops, great skiing, and other winter sports, all in a gorgeous setting. But the number one attraction is the Durango-Silverton Narrow Gauge Railroad, consisting of a three foot wide track running 45 miles between Durango and Silverton. The railway is a federally designated National Historic Landmark, and also cited by the American Society of Civil Engineers as a Historic Civil Engineering Landmark. Throughout the year, these Durango-Silverton steam trains carry thousands of tourists over the mountain passes between Durango and Silverton, a quaint ghost town with a rich history.

The route was originally opened in 1882 to transport the silver and gold ore mined from the San Juan Mountains. At that time, Silverton was totally isolated during the winter months, and the train was able to also bring much needed supplies to the miners living in that area. But as mining ventures declined and highways were built, (not to mention winter snow slides), the railroad ran into tough times. After World War II, as tourism began to grow across the country and several movies were filed along the line, passenger traffic began to increase. But with very little freight and not many passengers, in the 1960s the railroad actually filed a petition with the Interstate Commerce Commission to abandon the route. Fortunately for us, this request was denied, and the railroad began investing in additional rolling stock, track maintenance, and improvements to the depot in downtown Durango, cleaning it up and encouraging new shops, restaurants, and other businesses to open. Today, the trains and the depot dominate the downtown area. 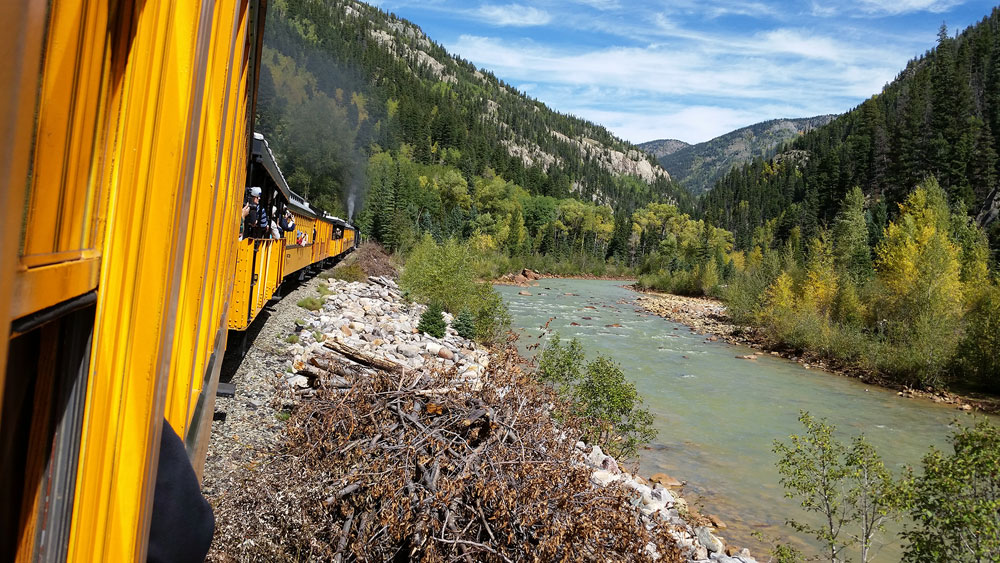 Summer train rides offer round trips from Durango to Silverton and back, which will take most of the day. Deciding we didn’t need to see the same route twice, we opted to ride the train from Durango to Silverton, and to take a motor coach back. We had lunch in Silverton, with plenty of time to wander. There are several classes and prices for the trip, and guests can choose to ride in either closed cars or open air gondolas. Our particular car had docents in costume aboard, reliving some great and informative stories from mining days in the west. In winter, the train still operates, but it runs an abbreviated route through Cascade Canyon, allowing passengers to experience the Colorado winter wonderland up close.

There are a number of great RV parks in Durango, but like the train, they can often be booked solid during summer months. We really appreciated our particular park, as staff were available to check on our dog while we were gone that day. It was reassuring to know that he’d be taken out for a walk and run in the dog park while we were gone.

You really can’t spend any time in Durango without hearing the toot toot of the steam train as it rumbles through town. The tracks run by neighborhoods, where residents come out to wave as you go by. It’s a charming and relaxing way to see some incredible Colorado scenery.

12 Responses to “On the Road with Sue: Durango Silverton Railroad”